The difference between nutrition and education 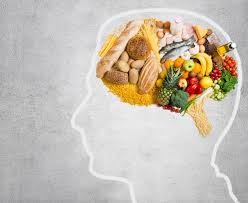 Children who do not receive proper nutrition are more likely to develop anxiety‚ suffer from depression and even attempt suicide.

These findings were heard at the start of the first National Workshop on School Feeding in South Africa‚ held in Cape Town on Wednesday.

Tristan Gorgens‚ from the policy and strategy unit in the Western Cape government‚ said research conducted by the provincial government showed that food security has a number of effects on school children and society‚ including learning ability and crime levels.

“Children’s right to nutrition is a basic constitutional right without qualification‚” Gorgens said.

“Most poor families are spending up to 40% of their income on food‚ and most of the energy they are getting was from cheap foods that are high in carbohydrates.”

Around 12 million children‚ more than 75% of all learners‚ in more than 20‚000 public schools are fed daily through government's National School Nutrition Programme.

The main objectives of the programme are to provide a nutritious meal to learners‚ to promote nutritional knowledge and healthy food choices‚ and to improve food production knowledge and skills.

But feeding a child was a lot more complicated than previously thought‚ according to Stephen Devereux from the Centre of Excellence in Food Security.

“School feeding was initially promoted as an anti-hunger programme. But studies showed that it was difficult to reverse the impact of malnutrition‚ including stunting‚ in children affected in the first two years after birth‚” said Devereux.

“The primary indicators of positive impact were changed from nutrition to education outcomes‚” he said.

The workshop‚ which ends on Thursday‚ hopes to share research findings and actual experiences of feeding schemes in South Africa.

Because you have been inactive, your session is about to expire.